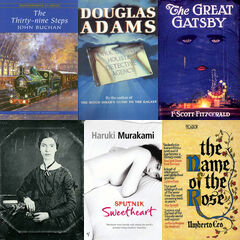 Click on these quick links to read about:     My novel     My thoughts on writing     My journey with a pen

Writer souls are in abundance in this world. Many writers have not yet been published, unfortunately, but as long as there is courage, there is hope. In the meantime aspiring writers might occupy themselves by finding out what those who have already been published think about writing and authorship. On the topic of improving one’s writing ability, there is one piece of advice given by all writers: You have to write, write, write, write and then read, read, read, read and then do it all again, and again, and again and again … It goes without saying that writing is a precondition for being good at it; no one becomes a chef just by looking at a frying pan. However, many underestimate the value of reading the works of others. It is actually incredibly educational to read what others have written. Every single text reveals something about what is good writing and what is not. See for yourself. Read something by writers you like, something by those you are not familiar with, and read something you think that you do not care for. Then find something about each of them that they are skillful at. I have yet to come across a writer, published or unpublished, who couldn’t write something well. For example, Stephen King sends cold shivers down our spines when he describes a bell ringing in the sitting room, because he has already informed us that no wind can reach the bell, and that it has a special association with the dead wife of the main character. Jane Austen was able to portray a sharp personality by ascribing a character with an intelligent humor and power of speech that slices through the atmosphere. Ernest Hemingway demonstrated the art of writing texts in short, clear sentences, while Shakespeare did the opposite and enchanted the reading public with beautiful language and deep layers that present generations of his readers are still attempting to interpret. Delve into the types of texts that you write in order to gain familiarity with the special techniques that are associated with it. If you write suspense stories, then read authors of suspense novels and see how they make us hold our breath until we are blue in the face and cause us to skip dinner because the murderer is about to be revealed. If you write mysteries, then read the works of others in this genre and find out how they create an intricate system of clues and dead ends that delight and confuse so that the reader has no choice but to hunt for the solution together with the main character. Finally, it is important to be aware that, as a rule, authors lean on other writers or preliminary readers in order to get a response as to what works and what does not. For example, Else Fisher asked her family to read her detective novels before their publication. If the family guessed the solution, she revised the contents so that no one could come up with the solution any longer, because the answer was so meticulously hidden somewhere among all of the false leads. Her point was that everyone should have the opportunity to guess – as long as the probability was not too great. That attitude, along with feedback from the test readings, raised the entertainment value and degree of mystery in Fisher’s books to an admirable level. As previously suggested, all writers can become better in one area or another. There is no limit for creativity or writing ability, and for that reason, writing is a favored occupation for minds in search of challenge. When you are reading a book and find something that you think can be done better, you should then determine how it could be done better and try to incorporate that in your own texts. Your own preferences and sense for detail can guide you through the world of writing to a greater degree than you may realize and then reveal who you are as a writer. For these reasons and many others, writers are fortunate to have so many sources to draw from. Consciously or unconsciously, we are all standing on the shoulders of those who have come before us. On the page Inspiration, you can read more about the works and methods of other authors.

Journey with a pen

For myself, words have always meant a world of discovery, mystery and insight. Disappearing into the universe of books is an exciting journey. While reading, one can experience many facets of life in the mind and subsequently arrive at the end of the book thoughtful or literally changed. During the writing process it is just as fascinating to whirl down into the depths of fantasy and creative potential of the unconscious and slip away from the surrounding world while exploring. I realized this at a very young age and I have been writing since I could hold a pencil steadily enough to make something that resembled a letter on the paper. As a child, I started out writing detective stories, thrillers, mysteries and humor pieces. In my teenage years my texts switched to romantic short stories and poetry. My mind was captivated by these genres until I graduated from university and entered adulthood. Since that time I have combined them and have challenged myself with all genres and styles. From the time I was fifteen, I have continuously studied writing and tried out an array of texts, ranging from short stories, lyric poetry, novels, film scripts, drama and radio plays to articles, essays and other non-fictional texts. Reading makes up a large portion of my exploration of the potential of writing. I often disappear into a book for some days, wandering over to the other side. I frequently read books about the art of writing in all conceivable areas, from the preparation of plots and help for weak plots, the possibilities of description, the secrets of dialogue, editing, creation of characters, feelings and the use of senses, the phases and challenges of the novel, time, setting and environment, and how simple forms and styles of writing function, on the writing process in general and the art of writing, as well as all sorts of tips for creative people.